Brazil would set the stage for the first ever Federal Tyres King of Nations Championship grand finale. With a total of six rounds starting in Dubai, it would see the competitors take the opportunity to compete across the world before heading to South America to conclude the series.

Drivers battled it out on the incredibly steep downhill circuit at Mega Space, which would be the perfect ending to the series - providing the ultimate test for drivers in arguably the most stunning location of the season.

An impressive variety of local cars turned out to try their hand against the International drivers who were competing for the top overall Championship spots.

In his quest for the top spot in the competition overall, French driver Nicolas Delorme made no mistakes as he managed to achieve the top spot during qualification, with the usual double points in the Final round up for grabs, it got him closer to the Championship than ever.

Following closely behind would be local youngster Diego Higa in his Nissan Skyline R34.

Kuwaiti driver Nasser Almutairi still had the opportunity to steal one of the overall podium spots, and his fourth place finish during qualifying made the dream one step closer to reality.

After a morning of battle practice, Sunday would see the drivers go head-to-head to fight it out for vital positions on both the event and overall King of Nations podiums.

After two impressively close battles in the Top 16, ending up in a one-more-time, local driver Jonathan Neves who has competed in the series throughout the year would surpass Diego Shimazaki to land his place in the Top 8.

Despite impressing throughout the weekend in one of two Nissan 370Z's taking part in the competition, two unlikely mistakes from Joao Barion would end his weekend early.

No such mistakes would be made from Nicolas Delorme as he once again progessed, this time marking his space in the Top 4 after knocking out Maykel Kuriyama.

In the battle between two competitors who had fought it out throughout the year, it would be Nasser Almutairi who would come face-to-face with Jonathan Neves. After taking the advantage in both battles, Nasser would face Delorme in the Top 4.

As Diego Higa also landed his place in the Top 4 after a close battle with Rodolpho Cunha, the battle between local drivers Marcio Vieira and Helio Furukawa headed to a one-more-time. Despite both drivers showing impressive talent, Marcio Vieira would edge past after the one-more-time battle.

As the Top 4 got underway, Delorme and Nasser fought for the overall podium spots. It would be a mistake on the first run from Nasser which handed Delorme the advantage his needed to take his spot in the final.

As one of the closest battles of the weekend got underway between two local drivers, a one-more-time would once again be required to seal the fate. This time it would be Diego Higa who manages to land his spot against Nicolas Delorme in the final battle.

As the small final got underway, it would see a small advantage to Mario Vieira in his lead run. As Nasser desperately tried to claw back the points, Marcio Vieira stuck to his door to clinch the victory and earn his first King of Nations podium spot.

As the fans cheered on local driver Diego Higa in the final, the roar of the French fans for Nicolas Delorme helped him push for a 6-4 advantage in his lead run. As he came down from the top of the hill in his chase run, had he done enough to secure the top spot?

He sure had! After great driving from both finalists, the 5-5 score was enough to secure the victory for the French competitor as local drivers Diego Higa and Marcio Vieira also took their places on the podium spots.

As he awaited to see whether top spot combined with the double points on offer were enough to take the top spot on the overall 2016 King of Nations podium, there would be a roar of cheers as he returned to the top step. Second place went to Australian driver Michael Prosenik who was unable to attend, with the trophy being received on his behalf. A delighted Nasser Almutairi had done what was needed to earn the third spot overall, as the first ever trophies return to Europe, Australia and Kuwait! 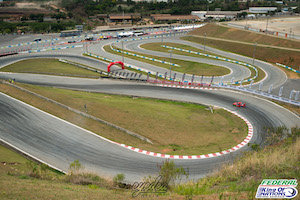 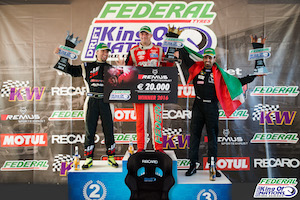 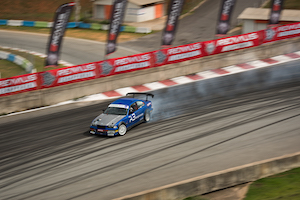 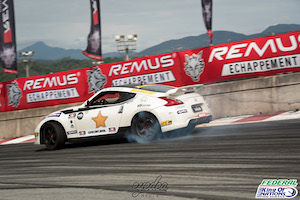 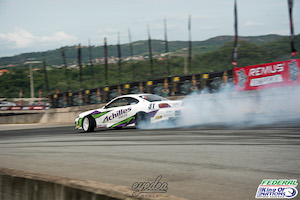 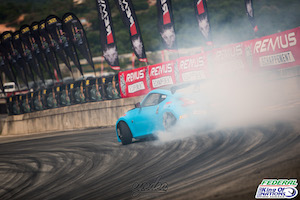 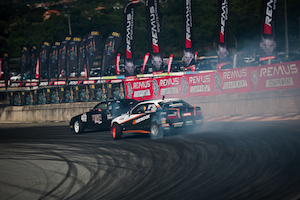 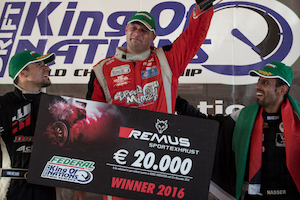